I have an issue where my world champion has nobody to fight annoyingly the only way to fix it is by going up. Weight which I don’t want to do …anyone else come across this?

even waited for rankings to change twice but still doesn’t solve it and signing the #1 ranked fighter to see if I can make the match that way round but nope. 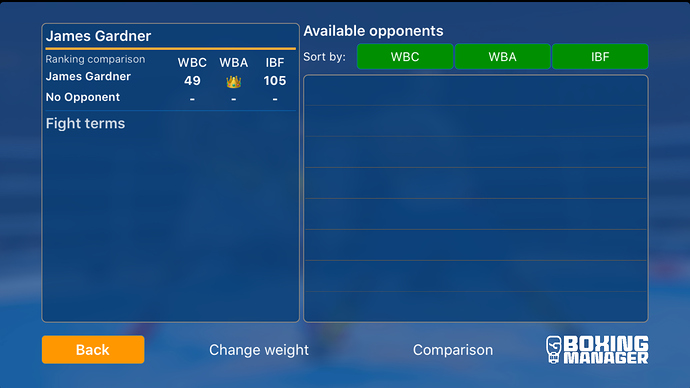 I had this problem. Also my fighter lost his title after ten defences then was ranked #1 with two governing bodies then the governing body he had his title with ranks him #549. Anyone know how I can fix this? 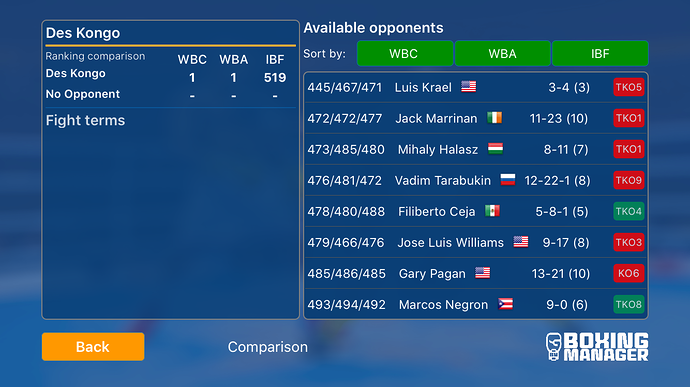 We are on this and apologise to all who have experienced this.

We are working to get a version to Apple to approve and release.