Best heavyweight of all time? 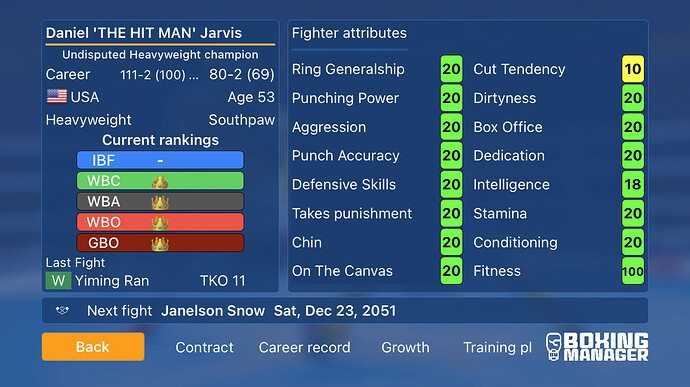 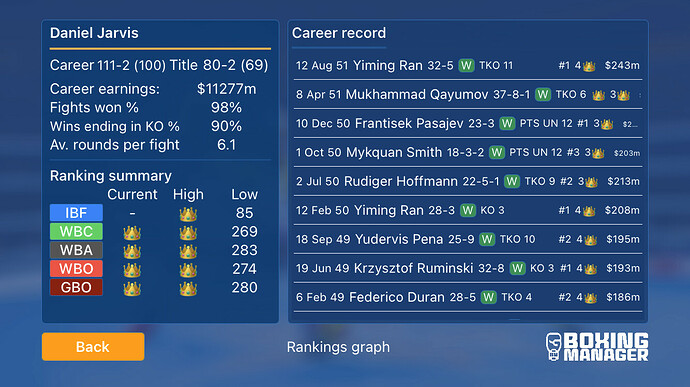 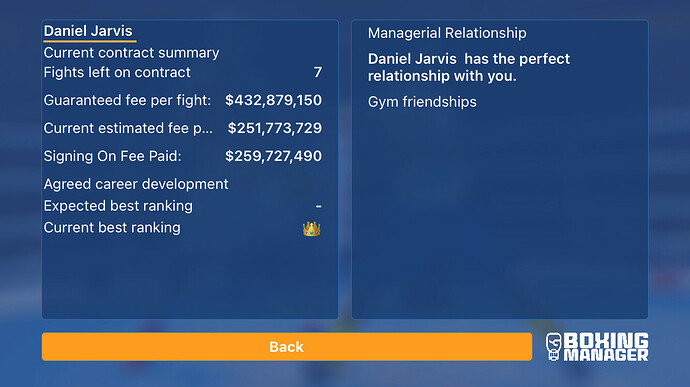 Very very impressive. Though the fact you have the IBF as your US regional belt disturbes me way more than it should

Regional titles outside Europe are a little sketchy. But I have it as NABF (North American Boxing Federation).

For accuracy you may also want to change WBO to IBF, and GBO to WBO. These titles on screen are coloured like the proper belts in that order.

I’ll change it to NABF

Regional titles outside Europe are a little sketchy. But I have it as NABF (North American Boxing Federation).

Ha I don’t think many even know there are regional belts aligned to specific world orgs. Honestly, the structure of boxing is an absolute mess.

Excited rather than disturbed

just can’t help yourself can you. Get wooden spoon out and start stirring. Haha.

Hahaha you love it mate. Your just pissed you never noticed it first

I do worry sometimes that UK ‘banter’ can get lost in translation. Then I just post anyway