Champions not able to unify 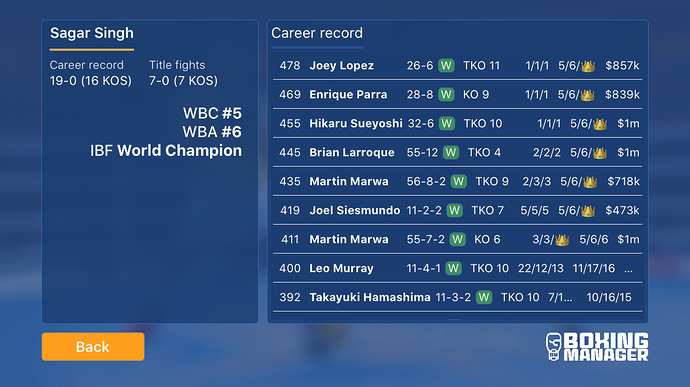 I have the same issue

I am having the same problem. I had 8 unified champs and I decided to have the 7 of them I could move to the next weight class. So, it gave each weight class 3 champs. However, after playing several matches between the different boxers, I still can’t get a match of unifying a match. So, still playing with 21 different champs. The heavyweight is the exception. My light heavyweight boxer i moved up to heavyweight won the new unified belt. It did not break out the heavyweight division into multiple belts. I don’t think that once you unify a heavyweight belt, you can ever break it apart again except if the boxer retires.