This fighter was WBO, IBF and WBA heavyweight champion. He defended those belts successfully, as you can see on the fight history screen.

But the ‘Ranking Summary’ on his profile doesn’t show that his was champion, and the WBO, IBF and WBA title holder screens say he had no defenses (but he did). 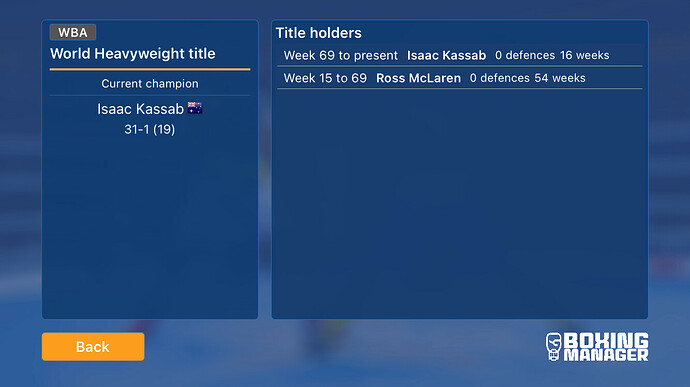 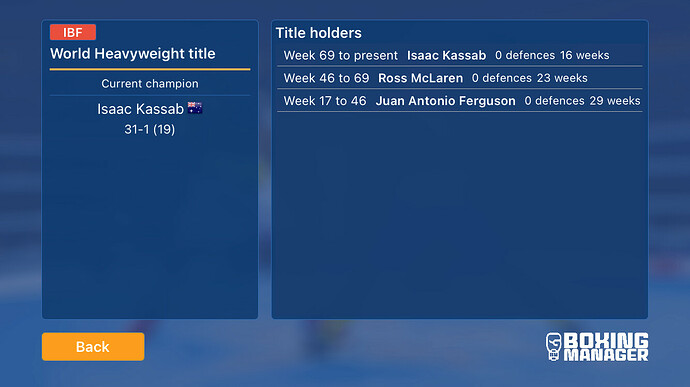 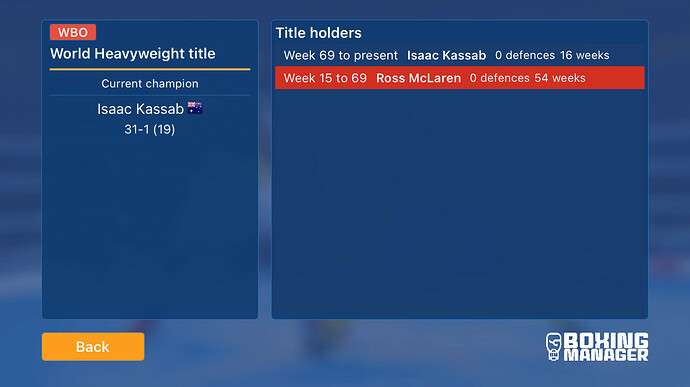 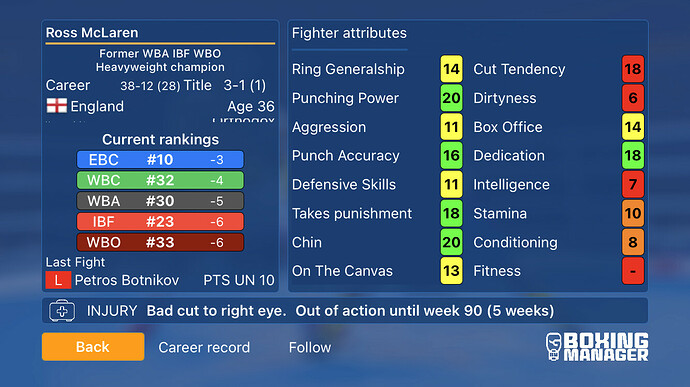 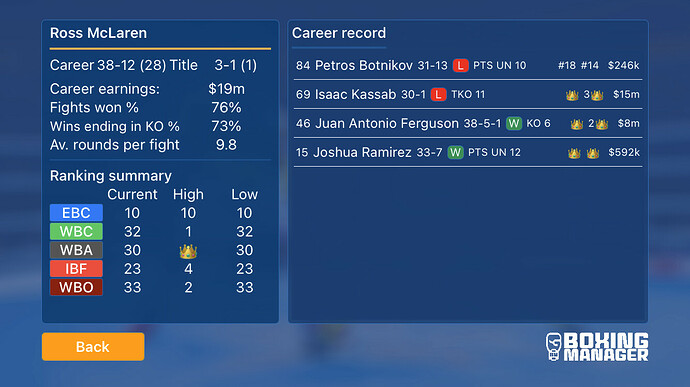