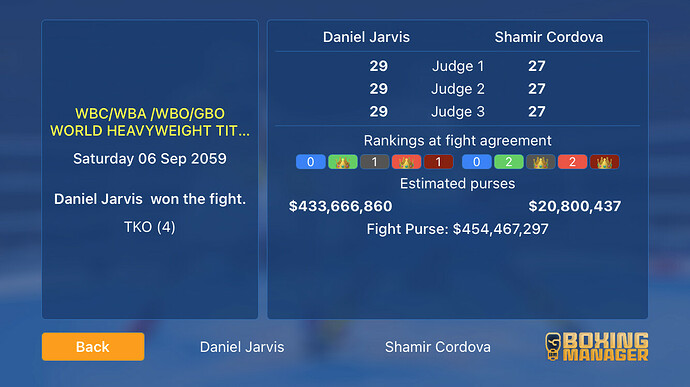 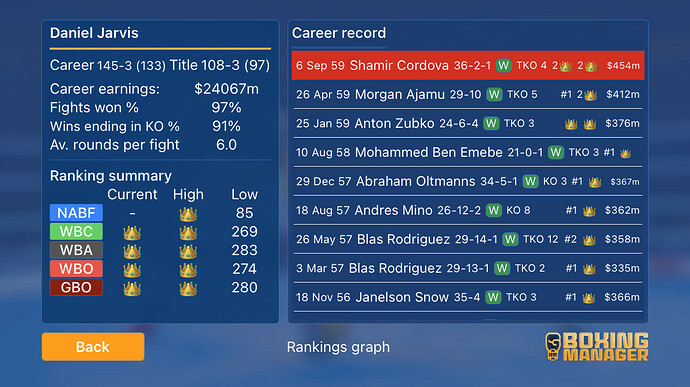 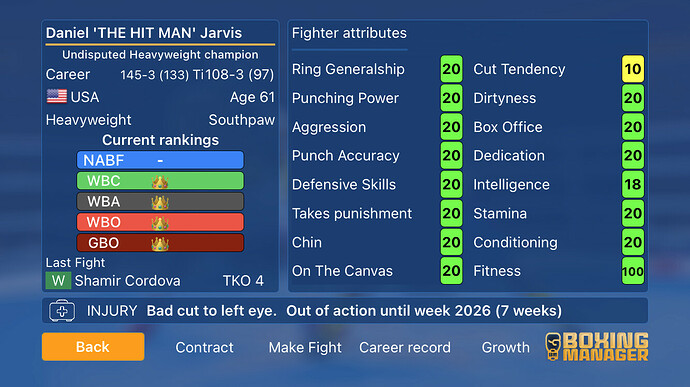 I had a boxer I called Sean ‘Big Sexy’ Doherty and he ripped through the LH, C and HW divisions. Even though he had about 15 ring generalship and power and chin he had 20 dirtiness, stamina, punch accuracy and intelligence.

He didn’t give a f*ck and went through a murderers row up to about 35-0. He didn’t duck anyone either and seemed to me he would rather die in the ring than give up. There were a few times he was begging to go up against a 41-0 big dog from Tanzania to go for all the marbles, so I put him there straight after unifying the cruiser division and he sparked out the HW kingpin.

I thought he should have an easier fight after to max out the earnings against this bum mandatory who had like 10 generalship and was fronting a 29-4 record with a 76% win percent. I put big sexy into to rip the body then smother before planning to get him to unload a few bombs later on in but he got cocky and was wiped out in a round 2 KO.

I got so pissed off with his arrogance and inability to take my instruction I sat it out after the match and planned to cancel his contract. I couldn’t believe how expensive it was, so put him on the small town shows after and let his contract wind down

I think the most embarrassing kinds of defeats are when you get dropped in the first round after like three punches. No adjustments, no instructions, just down goes Frazier. I’ll be posting the next L I take like that for sure.