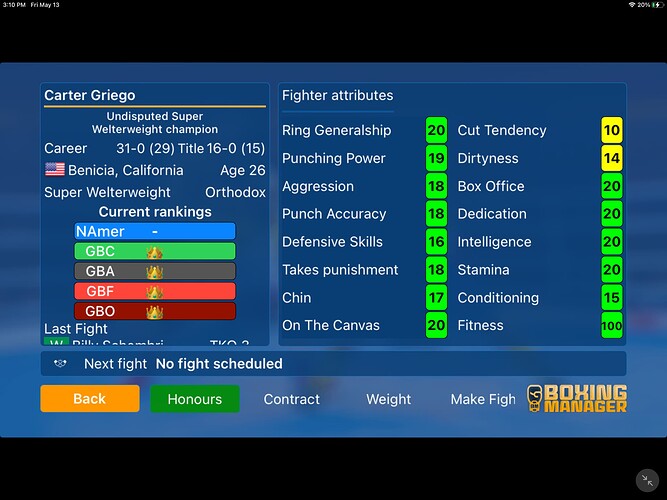 This is the best fighter I’ve ever managed in the game. He was one of my four starting fighters and started at 18. He won his first belt at super featherweight at 20 and became undisputed at 21. He then went on to win three belts at lightweight, and become undisputed in super lightweight, welterweight, and now super welterweight. He’s also defeated three undefeated champions and two which are in the top 15 of all time in the game. Hopefully he can retire undefeated one day when the retirement feature is updated!