Unable to get a title fight?!

I am unable to get a title fight! The champion is not injured and has no current fight, but doesn’t matter who I beat or what rank I’m in I just can’t get a title fight. Is this a bug?! The older app didn’t have this issue. 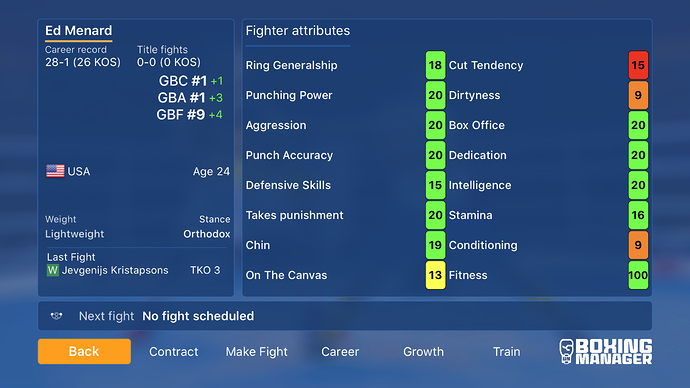 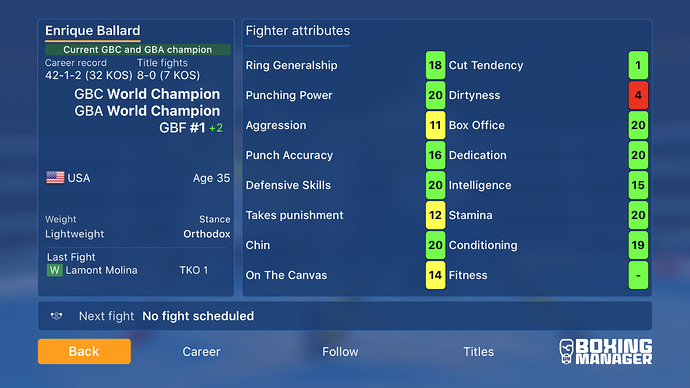 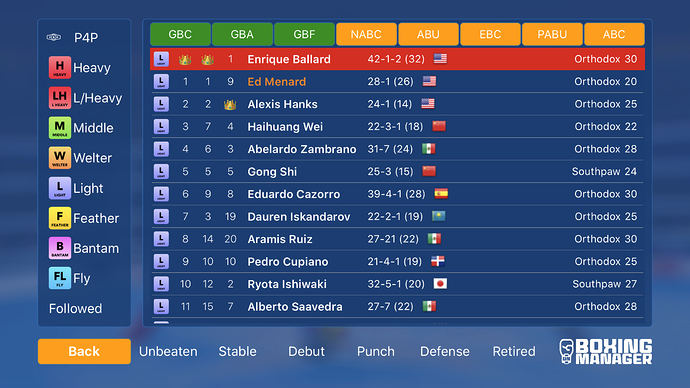 Give me a refund . Game is broken

If you give the developers a little time , they will get back to you, usually within 24 hours , I have found . Just need to be patient lol the game is great but there are always a few kinks and bugs to iron out

I feel it’s worth hanging in there .

We have seen a couple of other reports of this but not sure/don’t think it’s a bug rather a misunderstanding of the “rules” of boxing and the game world logic in implementing who gets a title shot.
To be clear, unless a fight is mandatory there is no no obligation on the part of a champion to accept a fight from a challenger. The challenger in this case meets the requirements but what seems obvious is that the champion is far more interested in waiting and making the fight with the other champion. Importantly that fighter also meets the requirements of the two organisations.

Again, this looks correct to us given the sport we are simulating and where there is NO mandatory defence feature in place.

This is simply the game logic of the minimum ranking required for a title shot and then the desires and logic of the champion in who they choose from the available (and upcoming) challengers.
We will continue to analyse this (as we continually do anyway) to look for issues but this looks exactly as we want it.

What could be improved considerably here in the game is to help the player understand why they aren’t getting the shot.
In this case, Ballard wants the lightweight unification fight with Alexis Hanks rather than taking the (more difficult) and less prestigious fight with Menard/your guy.

This game is miles from ‘broken’. They are constantly updating and improving the game so of course there will be issues from time to time. But the dev’s are always very quick to fix any major issues.

It might be good to have this explained somehow in the game. E.g. when rejecting a match up, a fighter could say they are not interested in the fight, because…x, y, z.

It would help add some personality to the fighters if, for example, some are willing to take any fight, and others are very selective and lack confidence.

There could also be a like/dislike scale (or rivalry scale) between fighters - affecting whether they seek out a fight or not.

Mandatory fights in the future would be good.

It would also be great to receive fight offers. It is one way currently - but I’d like other fighter’s managers begging me for a fight with my champion.