Starting with our forthcoming patch/update we will most likely be making increased and likely extensive use of a beta group ahead of releases to the App Store.

You can sign up for the beta group by clicking here

The new update will be there within the next 24 hours.
More testers means less bugs and players get early sight of the latest versions.

The beta is now available in TestFlight.

Please email any issues as replies to this thread if possible. Thanks.

This update contains the following:-

Only just had a quick look at the Beta but noticed that the PVP Ranking have not quite worked. They are mostly grouped together by weight, in what looks like random orders. 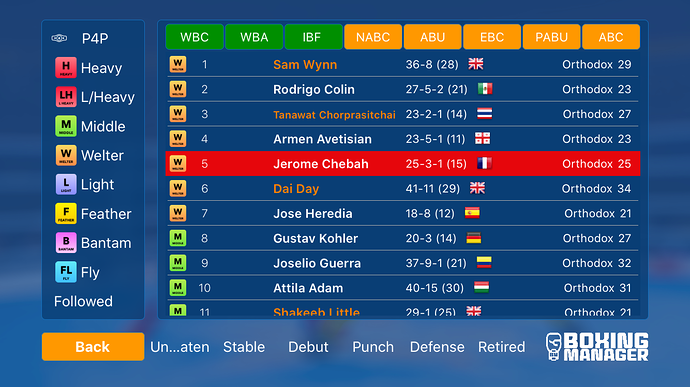 thanks for that! Some big changes in how all this works on its way in coming days.

Noticed a potential exploit. It’s a way to make a new fighter skip the ranking process. So first you sign a new fighter with decent stats. Then you can buy a fighter with poor stats but ranked in the top 10 of the same weight division. Match him up against your new fighter. Assuming the new fighter wins, he will then be ranked around the top 10 when the next rankings are calculated. 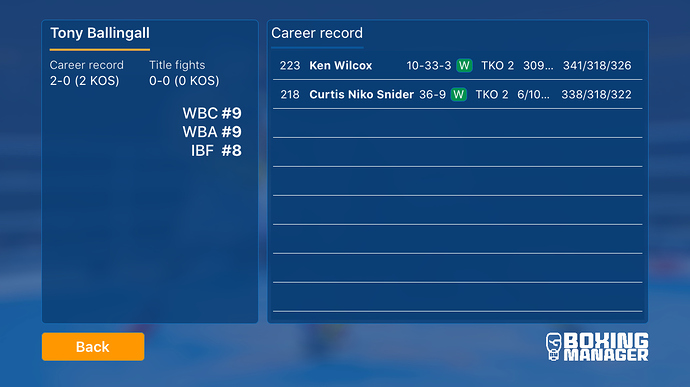 Good spot! Thanks as ever.

That will definitely be a thing of the past in coming version or two when we get rid of the sandbox style list of potential stable signings.

We will be keeping the current setting as Sandbox but games will be made to play in the more realistic setting the ranking of potential signings will be very contingent on stable success. Much much more emphasis coming on developing novice and rookies rather than signing fighters in a way more akin to a football manager game than a boxing one.